It’s already that time to start thinking about your Thanksgiving menu! I have a perfect dessert to WOW your guest and their taste buds!

A twist on traditional pumpkin pie. The pumpkin pie and cheesecake are a match made in heaven but topped with these rosemary candied pecans take it to a whole new level!

I make this pie every year for Thanksgiving and Christmas, it is always a hit! I have even had people ask me to make this for them, so they could bring it to their family Thanksgiving because they liked it so much! (yup, true story) 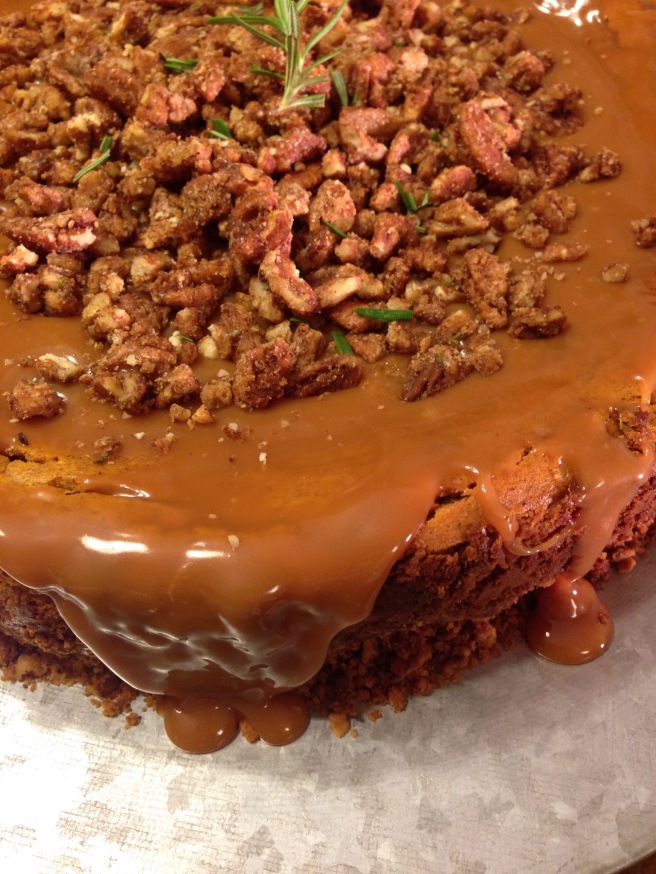 This pie takes a little bit of time to make but once you taste it you wont mind how long it took you in the kitchen! I got this original recipe from a Pillsbury magazine. It was a Chia Pumpkin Cheesecake. So delicious but when I started gardening I really want to incorporate rosemary some how. So I did a little tweaking to the recipe and Ta-da! This is it! 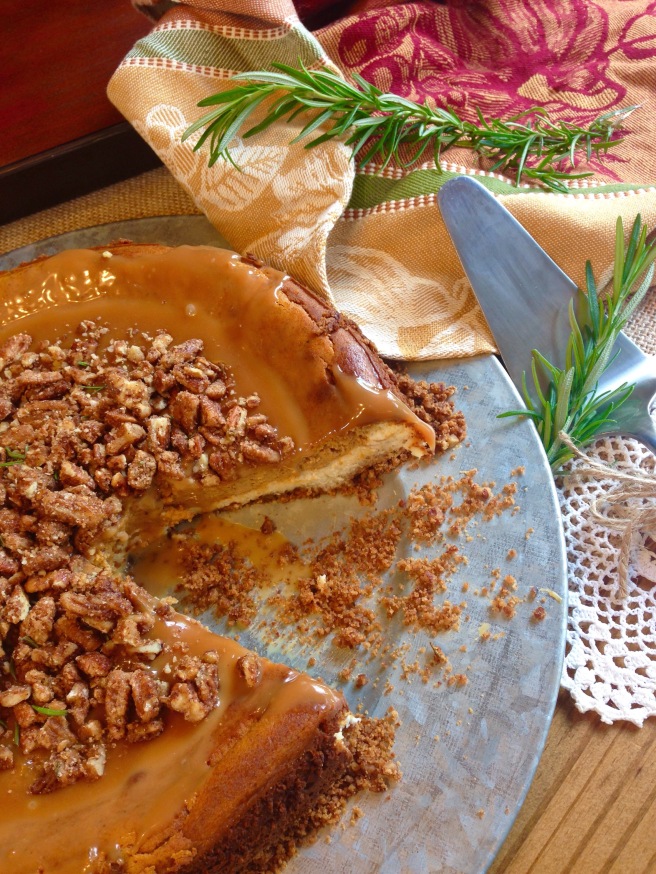 1 can of pumpkin purée

1 bag of caramels unwrapped and melted

Then on a baking sheet covered with parchment paper spread pecans evenly. Preheat oven to 350° and cook for 15 minutes stirring a couple of times while baking. Once they are done baking allow them to cool. Remove 1 cup of candied pecans and set aside.

In a food processor add the remaining 2 cups of pecans blend until pecans are crumbs then to a bowl add melted butter, crumbs and mix. Preheat oven to 300 degrees and spray 9″ springform pan with cooking spray. Press mixture into pan and about 1″ up the sides of the pan. Bake for 8-10 minutes. Cool for 5 mins.

TIP: To prevent your cheesecake from cracking place a shallow pan 1/2 full of water on lower oven rack. If it still cracks no worries remember you are covering the top with caramel sauce and pecans which will help hide the cracks.

In a mixer beat cream cheese, vanilla, and sugar on medium – high speed until light and fluffy. Add eggs one at a time while continuing to mix. With a measuring cup scoop 3 cups of the mixture onto the pie crust and spread evenly.

To the remaining cream cheese mixture add pumpkin puree and pumpkin pie spice mixing until smooth. Then pour mixture on top of other mixture in the pan.

Bake at 300 degrees for one hour and a half or until edges of cheesecake set at least 2″ from the edge of the pan but the center of the cake still jiggles slightly. Run a small spatula around the edge of the pan to loosen cake. Turn oven off, open oven door  about 4″ and allow cake to remain in oven for 30 minutes. Cool on a cooling rack for another 30 minutes cover and refrigerate for at least 6 hours but no longer than 24.

TIP: Do not remove spring pan until it has been refrigerated for at least six hours .

This layered cake is SURE to be the perfect addition to your Thanksgiving dessert table! Your Family and Friends are sure to LOVE IT!

What’s not to love?!? It’s the best of both world! You get traditional pumpkin pie AND decadent cheesecake!! The rosemary candied pecans are a BONUS!

Hey Y'all! I am Chantelle and this is where I share my passion for square foot gardening and cooking! You'll find posts on gardening and every recipe you'll find here is garden to table! Around here we grow it, pick it, cook it, and eat it! Thanks for stopping by! 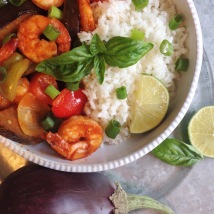 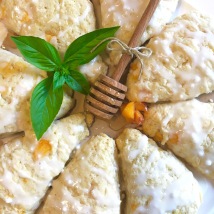 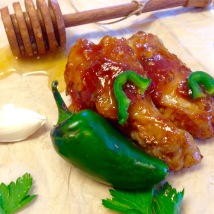 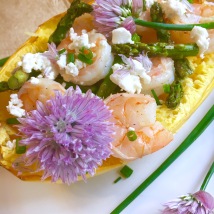 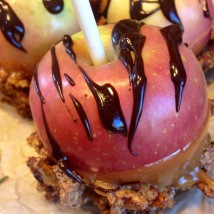